An Evening with P.J. O'Rourke

The Baby Boom: How it got that way...and it wasn't my fault...and I'll never do it again

Formerly the disco-bunnies, drop-outs and dope-heads, the baby-boomers grew up, pulled down the Berlin Wall, and then triggered the global financial crisis. The most cherished generation in history became widely derided as the most selfish. So what happened? The Spectator was proud to host an evening with P.J. O’Rourke on 27th May 2014.

P.J. O’Rourke began writing funny things in 1960s ‘underground’ newspapers. He became editor-in-chief of National Lampoon, then spent 20 years reporting for Rolling Stone and The Atlantic Monthly as the world’s greatest trouble-spot humourist, going to wars, riots, rebellions and other ‘Holidays in Hell.’ He has written on politics, cars, etiquette and economics and is currently a regular contributor to The American Spectator and The Weekly Standard. He describes Twitter as the ‘lowest form of human communication, something between the front tooth thumb flick with which the Neapolitan tells you off and a Bedouin fart of satisfaction after a repast of lamb eyeballs.’ 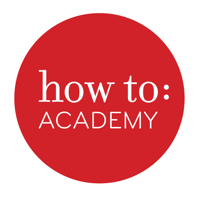