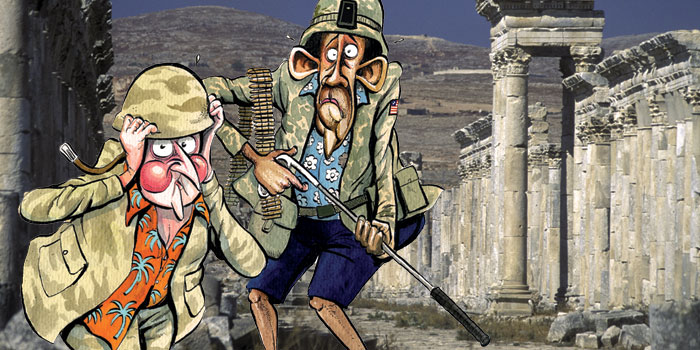 Patrick Cockburn, For the motion, correspondent, The Independent

Nabila Ramdani, For the motion, French-Algerian journalist, and broadcaster specialising in Islamic affairs, and the Arab World

Ed Husain, Against the motion, senior advisor to the Tony Blair Faith Foundation and an adjunct senior fellow, the US Council on Foreign Relations

Barack Obama says that the so-called Islamic State is a ‘cancer’. He may have started air strikes but he still doesn’t have a clear plan. Having bungled our last invasion of Iraq, many argue that America and Britain have a moral duty to save the region from the religious fanatics now taking over. Since hundreds of British jihadists are now fighting for the new caliphate, the success of Isis presents a domestic terror threat, too. But do America and its allies have the political will or money for another war? Or has the cancer grown so large that now nobody can cut it out?

Attendees had been asked about their voting intention as they arrived; the answer was for the motion, 83; against, 64; undecided, 139. After the debate, the tables had turned: for, 123; against, 216, and undecided, 24, meaning that the motion was defeated.

Click here to read The Spectator review of the debate and listen to the podcast.