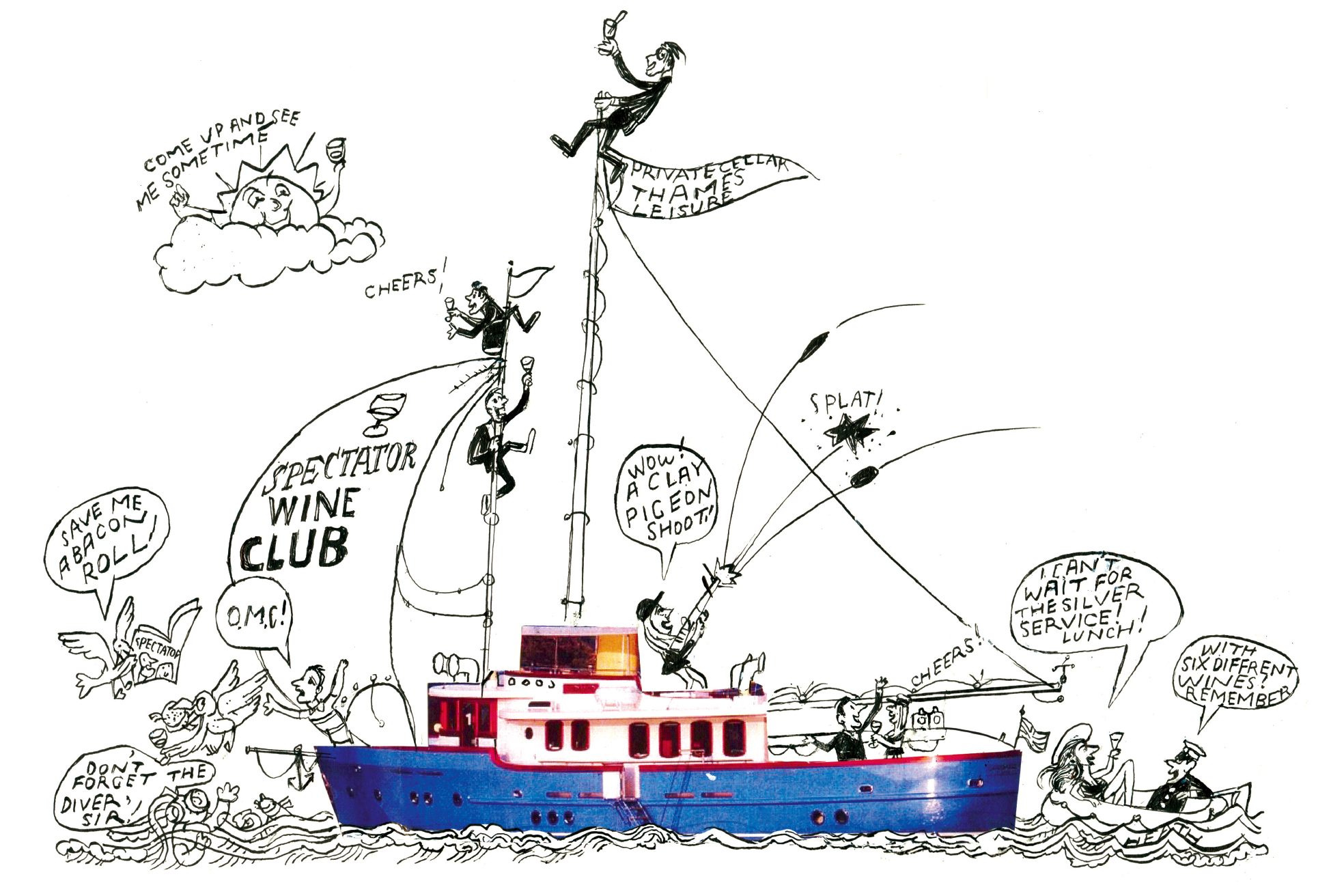 The Spectator, in association with Private Cellar and Thames Leisure, invites you to join business editor Martin Vander Weyer and drinks editor Jonathan Ray for a spectacular day of claret, clays, cruising and cognac on the River Thames on Friday October 4.

We will board Thames Sailing Barge Will – the largest such craft in existence, built in 1925 – at North Greenwich Pier at 10.15am and slip downstream through the Thames Barrier to Thamesmead. Here we will moor up and enjoy some clay pigeon shooting.

We will then repair below for a three-course lunch cooked in the galley and a tutored tasting of six exceptional wines, namely:

Coffee and Delamain Pale & Dry Cognac (in double magnum) will be taken as we pass by such fine sights as Woolwich Arsenal, the Old Royal Naval College and Cutty Sark at Greenwich, Millwall Docks, Canary Wharf, Limehouse and Wapping Steps before Tower Bridge opens especially for us. We will then dock at Tower Pier at 4pm.

Tickets are priced at £395 per person and will be restricted to just 35 readers so do book early to avoid disappointment.

Further information on what is included can be found through the booking link.