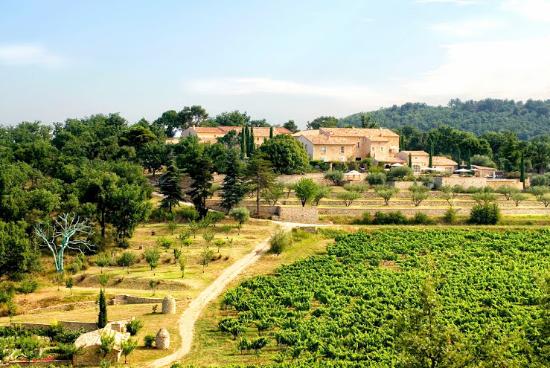 Join us in the Spectator boardroom on Friday 14 February for the next in this year’s series of Spectator Winemaker Lunches with Nicole Rolet, owner of Chêne Bleu, the boutique estate in the southern Rhône celebrated for its organic, biodynamic ‘couture’ wines which Decanter Magazine declared to be ‘exceptional’.

Chêne Bleu – described by the Wall Street Journal as ‘The world’s first super Rhône’, lies is a dramatically isolated position high in the Dentelles de Montmirail above Gigondas and Séguret and has deliberately opted out of the appellation contrôlée system, allowing them to make the wines that they feel best reflect the local terroir.

Nicole will explain more over a fine, four course cold lunch provided by Forman & Field, whilst presenting a wide selection of Chêne Bleu wines including vintages of their much sought-after (and fittingly named for Valentine’s Day) flagship reds, Abélard and Héloise, the rich and complex white Aliot and new-age, food-friendly rosé (en magnum).

This lunch promises to be hugely popular so do book promptly to avoid disappointment.